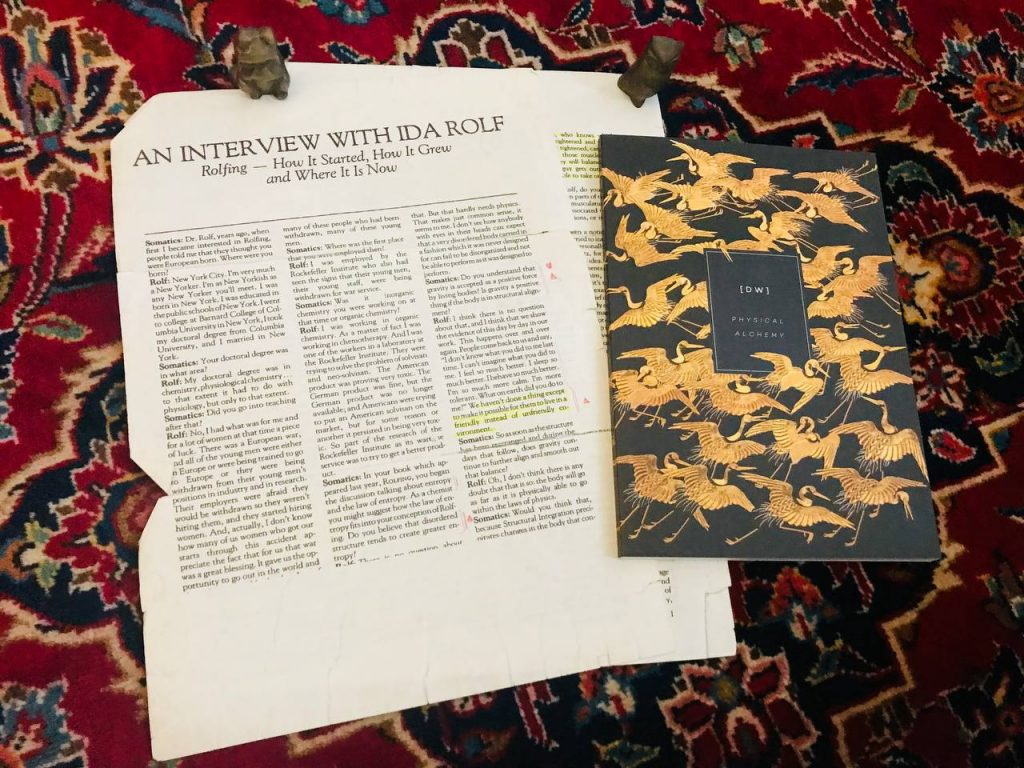 The parchment in the image is a tattered print out of an old interview with structural integration pioneer Ida Rolf.  Seemingly originally published in the journal ‘Somatics’ in the Spring of 1979.   The print out isn’t that old itself.  It holds its appearance due to my continued pawing over it in ~2012-13. Right before the Physical Alchemy method shifted direction in a remarkable way.

In the interview Ida goes into a lot of the history and lore of how she created her method. Its influences and its genesis.  People who influenced its evolving course.  Experiences that yielded greater insights into what was unfolding around her.

I found it wedged in the pages of another book as I was cleaning the other day and rererereread it.  It was very important for me at a critical juncture of the formation of my own art.  And it still had a power to it, reading it now – nearly a decade later.  In fact it gave me some very useful insights this time.   Not just a ‘coming full circle’ but a circle that then resounds an octave higher.

The article can be found here:  [ https://rolfyoga.com/PDF/Rolf_Interv.pdf ]