Today I’m completing a post I’ve had saved as a draft for a couple of weeks.  On the back cover of the (revised) 4th Edition of Overcome Neck & Back Pain, Kit (Laughlin) is sporting a t-shirt, that if you look closely, reads ‘Resist Mediocrity’.  I cracked up the first time I saw this.

But, it raises an interesting point.. the t-shirt, to the best of my knowledge, was about resisting shite coffee (which is wise) – but I choose to take those two words more generally.  Resist mediocrity is a practice for life. In fact, it reminded me of one of the pivotal quotes I read, that changed my life, when I was in high school. No, it wasn’t from Catcher in the Rye; Great Gatsby, or any of the other standard English class texts – it was from the holy tome of Fight Club (well actually the movie)

“I see in the fight club the strongest and smartest men who’ve ever lived. I see all this potential and I see squandering. God damn it, an entire generation pumping gas, waiting tables, slaves with white collars, advertising has us chasing cars and clothes, working jobs we hate so we can buy shit we don’t need. We’re the middle children of the history man, no purpose or place, we have no Great war, no Great depression, our great war is a spiritual war, our great depression is our lives..” Fight Club, Chuck Palahnuik (I have bolded the line that was seared into my adolescent mind):
Looking around at the faces of a large number of people walking by, absorbed in whatever they are worrying about, I can’t help but be reminded about the truth in this quote. Oftentimes people, when questioned, will put on some makeshift defence about how their job ‘isn’t that bad’, and that it does make a difference, and maybe it does, but there’s still an awkwardness of underlying dissonance. It’s like Paulo Ceolho says in The Alchemist ‘you can tell someone who is following their Personal Legend‘..and you can tell someone who is not.
Now this is not everybody!  I have (luckily) met a fair number of people who are doing their dharma.  And a larger number of people who work to fund doing the things they do love.  That still leaves a fair amount of people who are on the scale from apathetic to loathing of their occupation (which can be the place the spend the majority of lives).  This is far from ‘self-actualization’, as Maslow puts it..
I actually think this is one of the deeper, socio-cultural factors involved in the diseases of civilization; especially stress-related ones (and that’s a lot of them).  How many people struggle through a life of work they detest; get the golden hand-shake (or not), and promptly die of cancer or heart disease a few years later (I would actually be interested in these figures.. I may poke around a bit for them)? Or have their sympathetic nervous systems constantly being spiked via unrelenting low-moderate grade tension and stress (which, I read recently, is more likely to give you something nasty than infrequent strong stress).
I think something like a yearly mini-retirement, of 3 months minimum (ala The 4hr Work Week – Tim Ferriss), would be a good health practice and preventative medicine measure for anybody who does a job they don’t love completely (and as a redundancy plan for if they carked it straight after retirement).  Now, this would get you fired most times – as for some reason this society pays people to stay in one place for a set number of hours, rather than by what they get done (?!)..
So to all out there who want something different.  Who want to ‘Resist Mediocrity’ and do something they love (that helps All Beings), I salute you.  The power of the happiness and creativity that someone who is doing their Personal Legend (for want of a better term..actually that term is perfect) radiates is of benefit to all who come into contact with them.  You know, butterfly beats it’s wings and shit like that.. 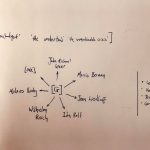 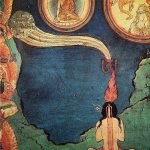 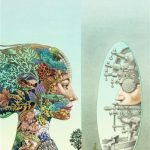